If you're hungry, eat now, because this list is probably going to put you off consuming vittles for so long that you'll end up looking like the love child of Nicole Richie and Skeletor. Now that you've been officially warned, help me count down the ten most WTF food items on this beautiful blue marble we call Earth.

"Hey, Junior! How many slices of egg do you want on your sandwich?" 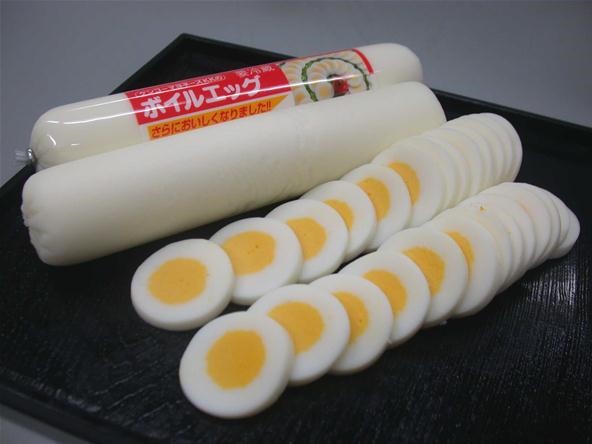 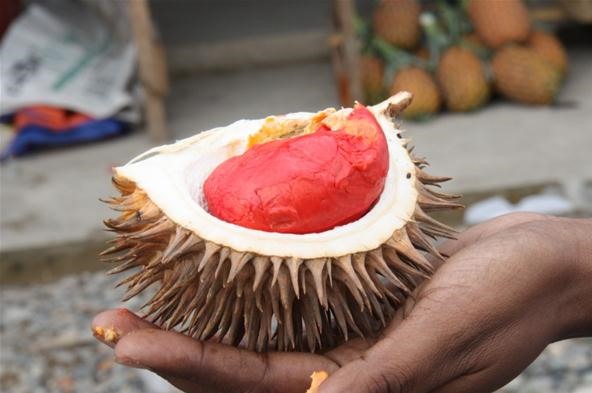 8.  Pizza with Everything — Seriously 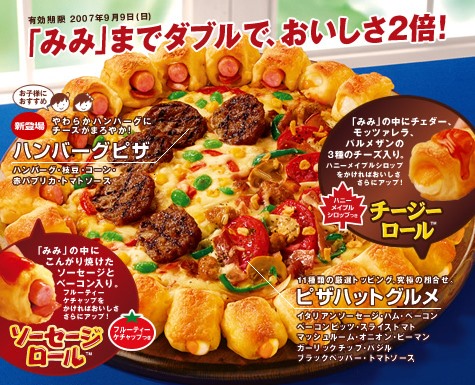 Photo by Geeks are Sexy

If you're thinking the stuff on the right came out of the thing on the left, you're right. Coffee beans that have gone through the digestive system of the this particular civet sell for between $100 and $600 USD per pound. Yum yum.

Heart-shaped melons. They exist. It would also make a good name for a raunchy country ballad. 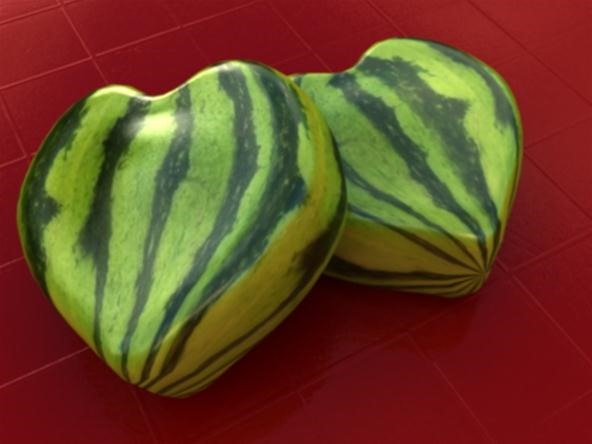 Photo by Part of You

Who wants plain old red ketchup when we can have Heinz that looks like Grimace's secretions? 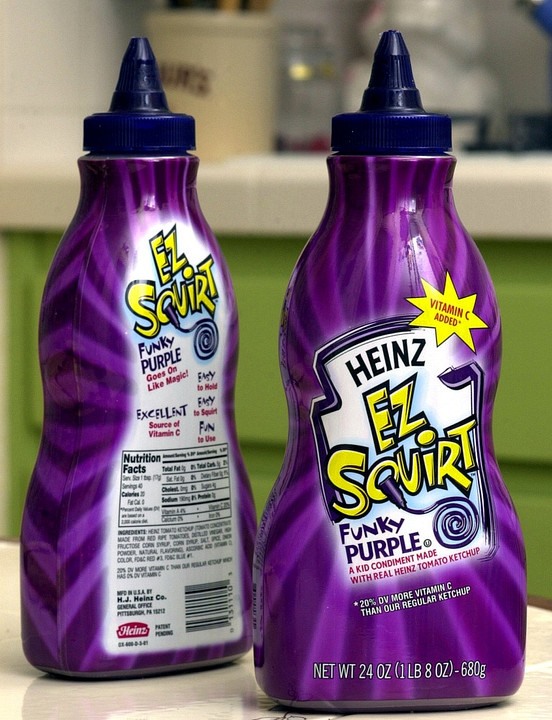 Cockscombs are that little floppy protrusion on the top of roosters' heads. Frankly, I'd rather just eat cocks. 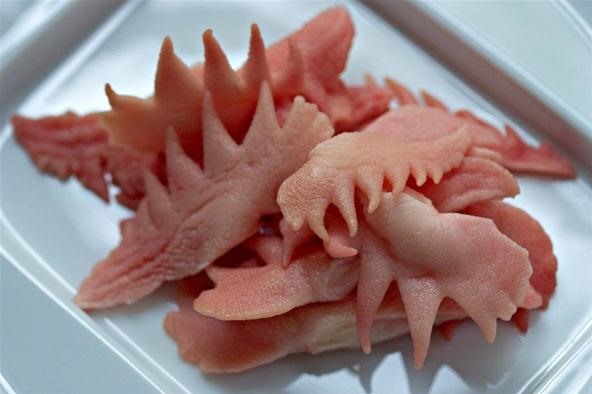 Photo by ideas in Food

Andouillette holds the distinction of being the only food stuff on this list I've actually eaten. It is a sausage from hell. Chitlins may sound like a cute name a southern woman would have called her kids in the '50s, but trust me, it isn't. 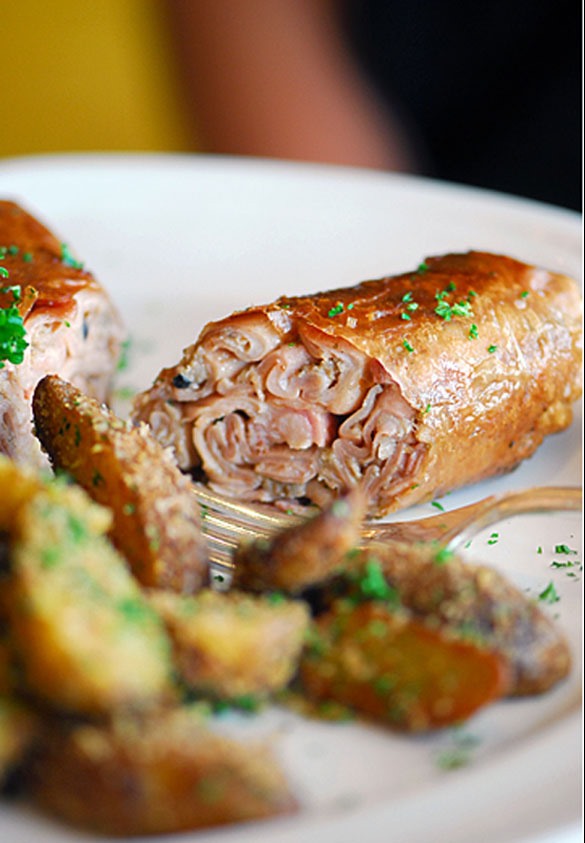 To put it simply, Casu Marzu is maggot cheese, and is the only food I've heard of that has actually been made illegal. You wouldn't have to ban peeing on electric fences to stop me from doing it. 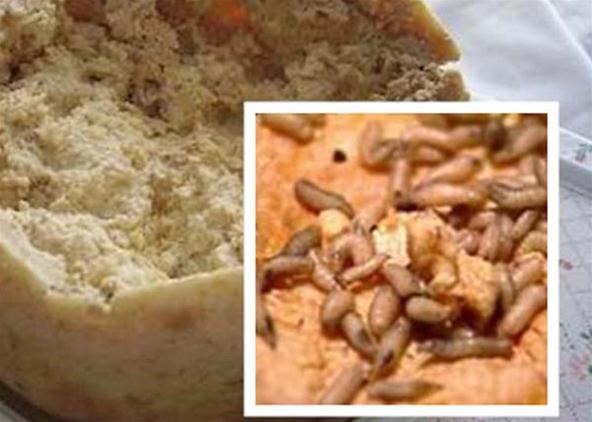 Photo by it Thing

Any of you familiar with Balut won't be surprised that it topped this list. Balut is a popular Filipino street food that's just as horrible as it looks. It is the fetus of a duck, cooked within the egg and eaten by crazy people. Forgive me for not salivating at a food stuff that looks like an avian chestburster. 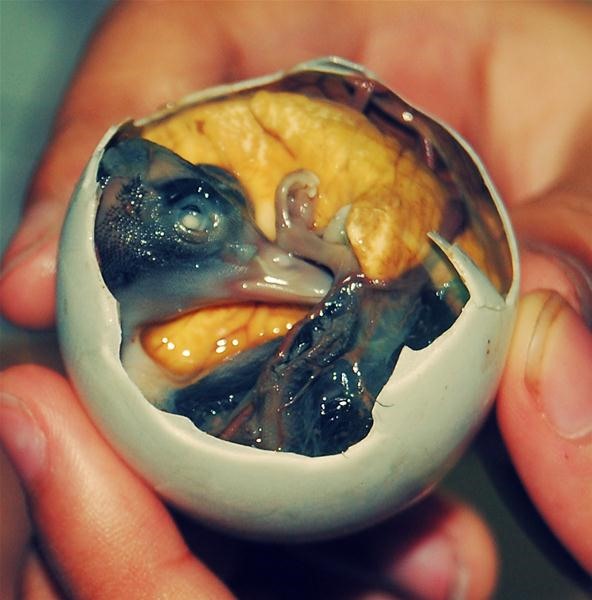 Photo by The Forum Site

If you've got a crazier WTF food item, let us know in the comments below, or post an image to the community corkboard.

Thats cool, i have personally eaten like 2 or three of this list...
i heard of #1 but didnt want to try it.
Nice Job :D

I've been gathering up the courage to try balut. There's a place in the Valley (San Fernando) that prepares them, but I just haven't went yet. I'd rather wait until I'm in the duck fetus/amniotic fluid mood.

I love Durian. There's a reason it's known as the King of Fruits. That said, I've never seen a Red Durian before. Body organ or not, I'd like to try it!

That egg log looks a lot like the T-rat eggs I had in the military. Actually not bad.

question is how do they shape the egg logg... is it real egg? i guess theyd put the yolk and whites in spereate molds

@Justin No need to gather up courage for balut. The taste is a mix of duck & hardboiled egg. Ignore the appearance, add a little salt and vinegar & enjoy :) The amount of duck varies depending on how long the egg is incubated. In Cebu I usually get 6 to 7 day balut ... on Luzon 17 day balut is preferred.

Hmmm... that actually sounds... tasty. Don't think I could get over the beak though.

Thanks, Frederick. I might just stop by that place next time in the area. I don't think I'll make a special trip for balut, but the way you put it does sound "tasty".

It seems a lot of you like balut. For me it's an absbalut no no. If you culinary adventurous chaps and chapettes can find something worse, lay it on the corkboard and make me eat my words. Just not balut. Sorry.

balut is the best, it is usually eaten while it's hot. just ignore the appearance, close your eyes, Sip the fluid first then chew the fetus slowly.

well... you do eat chicken don't you?
isnt it just the chicken but without the pre-processed feed and cramped environment?

This nutritious breakfast is brought to you by Egglog and Balut. The pizza looks good though right about now.

I've had purple ketchup before and I honestly couldn't get passed the visual. So I don't think I'd be able to try Balut.... nope.

lol, it's chitterlings, not "chitlins"