For those of you behind on their international politics, Vladimir Putin has once again been elected as President of Russia. And right now, there are over 20,000 protesters in Moscow yelling about election fraud. Now, whether or not you think they're right, or whether or not you think Putin is a badass (he is, for the record), you have to admit he is an amazingly interesting cultural figure. And what do we do with amazing cultural figures? Why, we make fun of them with Impact-laden photos, of course. 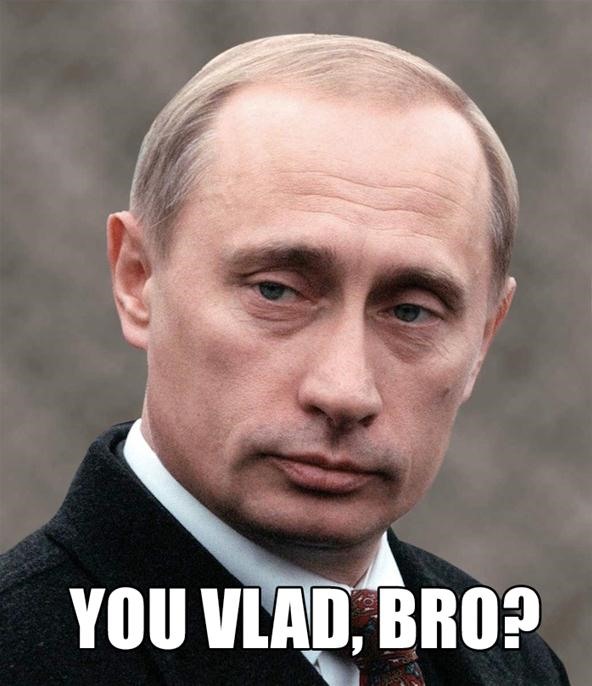 It's Been a Rocky Road 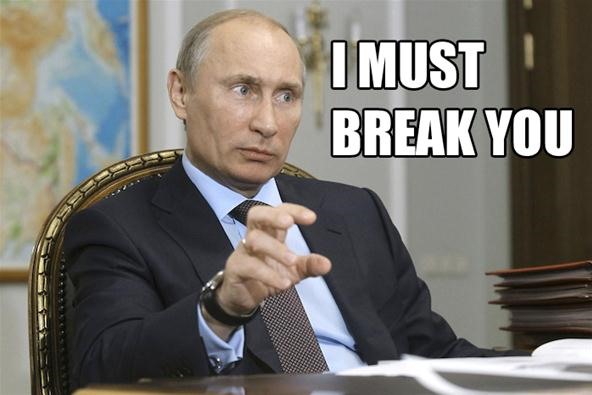 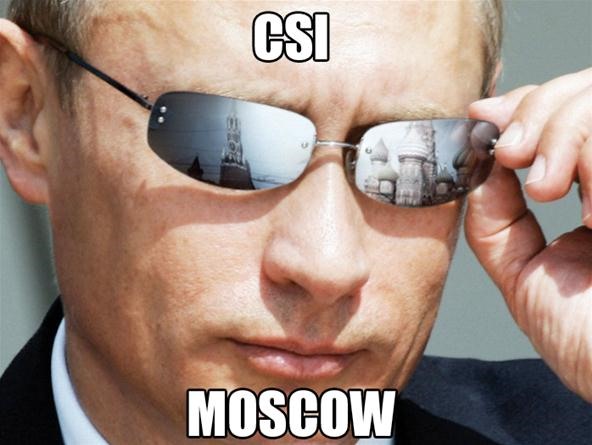 If You're Blue and Don't Know Where to Go to... 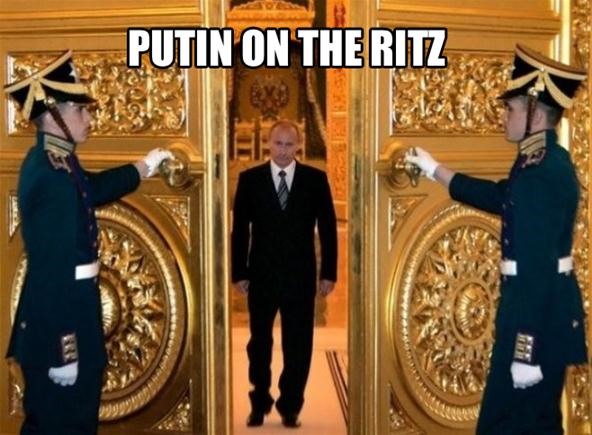 Putin on a Disguise

Look at the "tourist" on the far left... 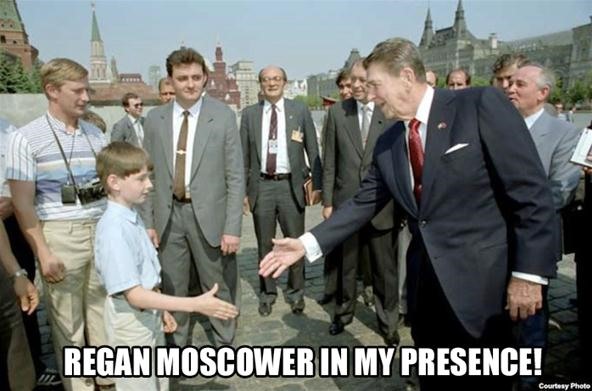 Yeah, Yeah, I Know They're Dolphins 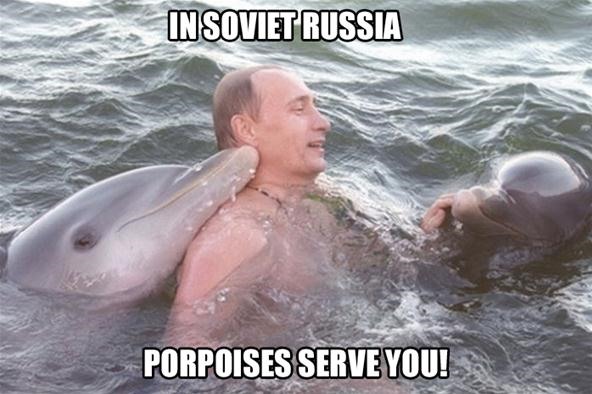 Thousands of Russian Children Die Like This Every Year 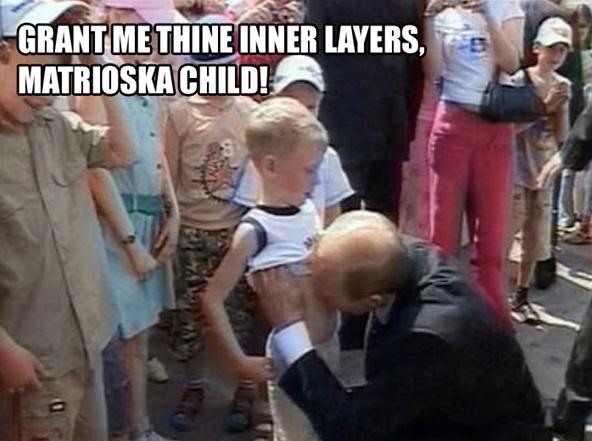 Bond in the City? 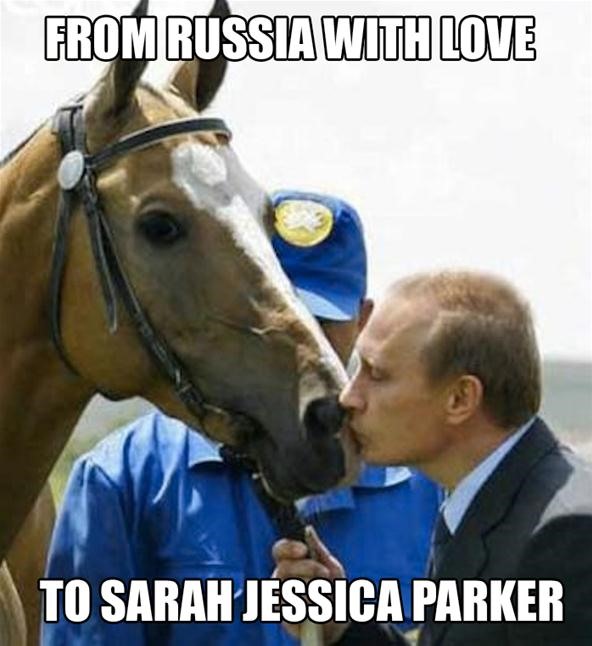 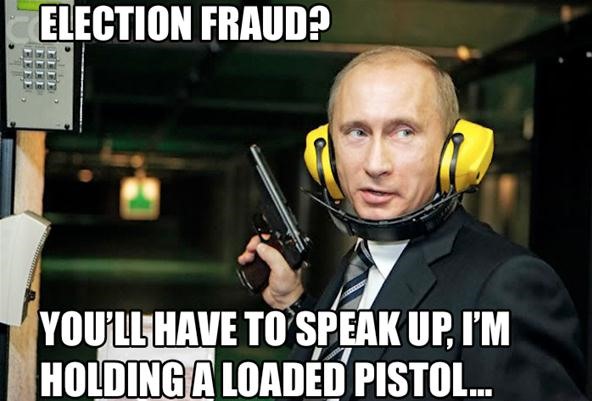 He Only Needs Half a Stare to Crush a Man's Soul 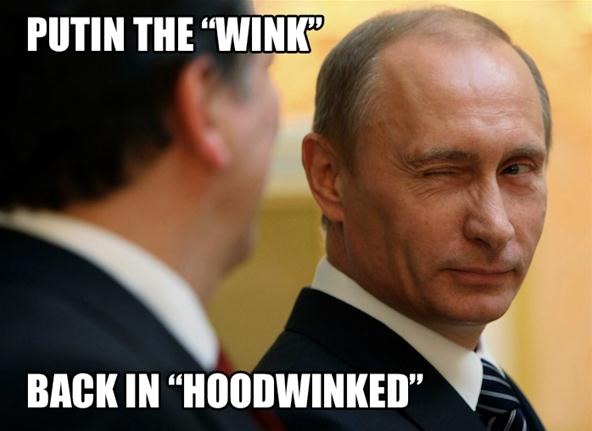 If you feel like making fun of a man who can bench press Saturn and once made a stone monument of Ivan the Terrible cry, then please get on over to the corkboard and post your own Putin put-down! Also, check out our weekly competition and create your own version of our Hobo Advice image macro. If you don't, Santa's not real.